On 16 May 2017 Andhra Pradesh Legislature  passed the state Goods and Services Tax (GST) Bill and contributed towards biggest Tax and Economic Reforms in Andhra Pradesh . Meanwhile State has a glorious history of Economic and Tax reforms.

the state level in the late 1990s, because it is being recognized that the first phase of  Economic Reforms in Andhra Pradesh will not be complete without reforms at the state level. The programmes for development and welfare cannot take off without reforms at the state level, which are the Constitutional repositories ofthe responsibilities in these sectors. A competition was witnessed among the states, irrespective ofthe political philosophy of the Governments in power, for reforms at the state level as a means of attracting investments, preferably foreign investments. The state of Andhra Pradesh was in the forefront of this competition; it was the first state to have initiated the World Bank to suggest measures of reform, to have attracted the Bank’s advice and package of assistance for such a programme and to have initiated steps suggested by it.

Since the early 1980s AP has developed a public expenditure strategy based on large allocation to numerous broad-based subsidy and welfare programs. Among India’s states, AP has the highest proportion of non-interest expenditure allocated to such programs. This has diverted scarce public resources away from productive uses in economic and social infrastructure, and has consequently discouraged private investment and curtailed growth. On account of its poor growth performance, AP has failed to expand the revenue base needed to finance its subsidy and welfare programs. As a result, the government has been caught in a vicious circle and, has been increasingly forced to divert funds away from productive uses and resort to high-cost borrowing to meet its commitment to subsidies. Until 1991, the state was a monopolistic supplier ofinfrastructure services; the private sector could not compensate for inadequate public funding for infrastructure. While this situation changed since 1991 and the state has sought to attract private investment in infrastructure, the inappropriate pricing policies and weaknesses in the policy and regulatory framework have remained important constraints. In this context, the Government of Andhra Pradesh has approached the World Bank, India Country Department, to assess the existing economic situation and suggest a suitable agenda for economic reforms to implement them in Andhra Pradesh. The World Bank appointed a broad based committee with multi-sector experts in 1996 to assess the existing economic situation ofAndhra Pradesh and suggest a suitable agenda for economic reforms at the state level. This committee has surveyed the existing economic situation in different sectors ofAndhra Pradesh economy and has prepared an Agenda for Economic Reforms, which was approved by the Government of India as well as the Government of Andhra Pradesh. The following two sub-sections will summarise the macroeconomic trends of Andhra Pradesh and the Agenda for Economic Reforms in Andhra Pradesh.

Review of Macroeconomic Trends provided in the Agenda for Economic Reforms in Andhra Pradesh:–

Given its huge resource base, AP has the potential for being one of the fast growing states in India. Despite this fact, AP’s growth performance has been poor. The average growth rate of gross state domestic product (GSDP) in the past fifteen years has been far below its potential and significantly below the national average. Insufficient resources for infrastructure and human resource development and severe under funding of operation and maintenance (O&M) work are key factors responsible for the state’s poor economic performance. The expert group of the World Bank team assessed the macroeconomic performance of the Andhra Pradesh state between 1980-81 and 1992-93. During this period, the GSDP ofthe AP state grew at an annual average rate of 4.6 percent. This is significantly lower than the national average of 5.2 percent. The average growth rate in the six fastest growing states in India was 5.7 percent in the same period. All three major sectors (agriculture, industry, and services) recorded slower growth rates in Andhra Pradesh than the all-India level and the six-state average. As a result, the gap between AP and the all-India average in terms of per capita income has significantly widened. Per capita income in AP in 1980-81 was 85 percent of the national average and 72 percent ofthe average per capita income in the fastest growing six states. This ratio has fallen continuously. In 1992-93 it stood at 75 percent and 50 percent, respectively. Structural change in production has been modest. At current prices, the share of agriculture in GSDP fell from 44 percent in 1980-81 to 36 percent in 1992-93. The share ofservices increased correspondingly, while the share of industry remained almost constant at about 20 percent. Further, the expert committee found that the growth ofGSDP has significantly slowed in the past five years. The average annual rate of growth of GSDP fell from 5.5 percent in the period 1980-81 to 1988-89 and to 3.9 percent in the period 1989-90 to 1993-94. The slowdown is observed in all three sectors but was particularly marked in agriculture, where the growth rate fell sharply from 4.7 percent to 1.8 percent. The share ofindustry in GSDP is about one-fifth, which has not changed significantly in the past fifteen years. This is below the national average of about one-quarter. Traditional agriculture or resource-based activities such as food processing, sugar, textiles, cement, tobacco, and paper dominate the industry. However, pharmaceuticals, fertilizer, electrical machinery, basic metals, and software have also started to emerge as new manufacturing activities. In this situation, the expert team proposed some reform measures to improve the different sectors of the Economic Reforms in Andhra Pradesh, which were summarized in the following section.

The strategy underlying the Adjustment Scenario, as specified in the Agenda for Economic Reforms in Andhra Pradesh, is based on:

Improving maintenance and upgrading of roads:-

Speeding up private sector participation in the port sector:–

This agenda is a formidable challenge for AP, but the state has the resources and capacity to meet the challenge. This amply demonstrated by the policy measures introduced in July-August 1996, following extensive public debate generated by the presentation ofseveral white papers on the pressing problems the state face. Involving public in policy debate through white papers provide transparency in the policy making process and this proved to be effective.

In 1995-96, the economy ofthe state of Andhra Pradesh was slightly below the mean of all-States, in terms of broad indicators of development and faced severe financial crisis. The Government of Andhra Pradesh responded boldly and imaginatively to this challenge, by undertaking measures to raise tax and non-tax revenues and by launching several reforms to restructure the institutions for the management of physical and social infrastructure, after holding wide-ranging discussions with experts and people at large. These initiatives have earned a name for Andhra Pradesh as being in the forefront of economic reforms, raising high expectations within the country and abroad about its performance. As part ofits reform package, the Government ofAndhra Pradesh has prepared “Vision 2020 Swama Andhra Pradesh” document, which envisages that the SDP will increase at a trend setting growth rate of 9.1 per cent per annum in the 25-year period of 1995-2020. The Vision 2020 Swama Andhra Pradesh, projects a comprehensive outline ofthe development possibilities in Andhra Pradesh till 2020. 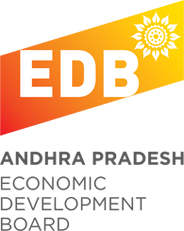 Recently in 2016 AP Goverment released the draft of ‘Sunrise Andhra Pradesh Vision 2029’ document that envisions to “remould” the state into a “happy and globally-competitive society” by 2029.  Highlight of vision Statement:-

Impact of Tax  and Economic Reforms in Andhra Pradesh

Due to a number ofstrategic initiativesput in place in the State, by

and large the living standards ofthe people have improved. The strength of

path, which has been achieved in the recent years