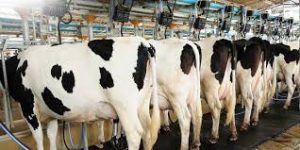 Some Breeds of Animals in Rajasthan

and in Livestock density per sq km, Dausa and Rajasmand have 192 (Highest)

Major initiatives taken by the Animal Husbandry Department during the year 2016-17:

Rajasthan is now the largest State of the country with geographical area of 3.42 lac sq. km. About 55% of the total area of the State is under Thar Desert. Animal husbandry comes to the rescue as a measure to alleviate effects of frequent droughts and has proved to be a saviour by providing sustainable year-round income to the farmers.

Strengths of the sector in the State are: