Fiscal policy is that part of Government policy which is concerned with raising revenues through taxation and other means along with deciding on the level and pattern of expenditure it operates through budget. However, generally the expenditure exceeds the revenue income of the Government. In order to meet this situation, the Government imposes new taxes or increases rates of taxes, takes internal or external loans or resorts to deficit financing by issuing fresh currency.

If the government spends more than it receives it runs a deficit. To meet the additional expenditures, it needs to borrow from domestic or foreign sources, draw upon its foreign exchange reserves or print an equivalent amount of money. This tends to influence other economic variables.

On a broad generalisation, excessive printing of money leads to inflation. If the government borrows too much from abroad it leads to a debt crisis. If it draws down on its foreign exchange reserves, a balance of payments crisis may arise. Excessive domestic borrowing by the government may lead to higher real interest rates and the domestic private sector being unable to access funds resulting in the „crowding out? of private investment.

Taxation policy of the government has witnessed major changes. In the last ten years, there has been considerable growth in direct tax collection. The collection has increased from 33.8% in 1999-2000 to 55.5 % in 2008-09. GDP-tax ratio has also been improved from 2.97% in 1999-2000 to 16.6% in 2015-16. Direct tax collection has been dramatically improved because of the following initiatives taken by the government;  Moderate tax rates have been structured in order to eradicate vagueness in tax structures Information technology has been implemented in income tax departments in order to deliver services like e-filing of returns, electronic tax collection reporting, issue of refunds etc. This measure has improved functional efficiency of the department;  Tax administration has been improved so that deterrence levels may be enhanced and better tax services may be provided.

The Fiscal Responsibility and Budget Management Act or the FRBM Act, 2003 is an Act mandating Central Government to ensure intergenerational equity in fiscal management and long term macro-economic stability. The Act also aims at prudential debt management consistent with fiscal sustainability through-

Role of Finance Ministry in Monetary and Fiscal Policy

Fiscal role of ministry of finance

The Ministry of Finance plays a very crucial role in development planning in India. It supervise the financial institution and is responsible for the overall financial management of the country.

It scrutinises all proposals emanating from the spending department in so far as they have financial implications. This enables the Ministry to have a free hand in the formulation of policies of other departments. Generally, the scrutiny exercised by the Ministry of Finance in very broad and is more concerned with the over-all financial implications of the proposals and its impact on the expenditure”.

The Cabinet attaches considerable weight to the opinion of the Ministry. After all the proposals have been received from the spending ministries, it proceeds to determine the priorities in the larger interests of the nation. It’s main concern is to obtain “Proper balance of expenditure between services, so that greater value could not be obtained for the total expenditure by reducing the money spent on one service and increasing expenditure on another”3 and to secure a uniform standard in the measurement of the financial sacrifice involved in the activities of all departments”. 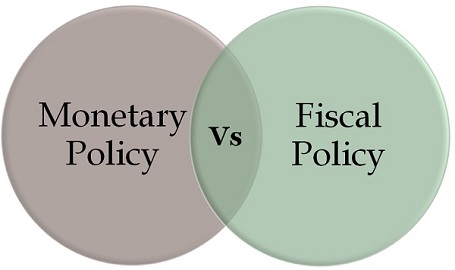 It was an open secret that the Union finance ministry did not see eye to eye with the Reserve Bank of India (RBI) on monetary policy. The rift is now out in the open.

The sequence of recent events is as follows. The finance ministry had summoned the members of the monetary policy committee (MPC) to New Delhi to discuss interest rate policy. The MPC members formally refused to attend the meeting. RBI governor Urjit Patel made this public in an interaction with journalists. The MPC also decided—rightly in our opinion—to not cut interest rates in their policy meeting on . Chief economic adviser Arvind Subramanian put out a statement on why he disagreed with the decision.

Such conflicts between finance ministries and central banks are not uncommon across the world. The question is how well the creative tension is managed. India itself provides starkly different examples.

There was excellent coordination between New Delhi and Mumbai when Manmohan Singh was finance minister and C. Rangarajan was RBI governor, even when the central bank went in for a brutal tightening of policy in response to double-digit inflation. We saw a similar smooth working relationship between Yashwant Sinha and Bimal Jalan.

Matters have been more tense since then. The episodes of friction between the two masters of our financial universe are well known. Some of them were highlighted in the book written by former RBI governor D. Subbarao, Who Moved My Interest Rate?. These years of conflict also saw a concerted campaign from New Delhi to cut the RBI down to size, as when the financial stability and development council was set up in 2010 with the central bank as just one of several regulatory institutions who are its members. The rupee crisis of 2013 did act as a glue, but even here most of the coordination was done by officials rather than the finance minister and the governor.

Institutional coordination is as much an art as a science. The art comes from the ability of people to work together despite conflicting views. The science comes from the institutional rules that set out the specific areas of responsibility. Both need to be nurtured.

The MPC members did well to not attend the meeting in the finance ministry. We had argued in these columns earlier that such a meeting was in conflict with the clear provisions of the RBI Act. However, the finance ministry is also empowered under the revised Act to offer its views on interest policy in writing to the MPC. Subramanian has done precisely that, though in the public sphere.

Disagreement is not in itself a bad thing, as long as the legal provision that the MPC gets freedom to pursue the inflation target formally given to it by the government is respected. What matters more right now is the threat of a breakdown in communication. It is not just about interest rate policy. The biggest risks to economic stability right now come from the banking sector. Several policies have been tried out. Several ideas have been floated. The mountain of bad loans has kept getting bigger.