Gogineni Ranga Nayukulu, also known as N. G. Ranga (7 November 1900 – 9 June 1995), was an Indian freedom fighter, parliamentarian and kisan (farmer) leader. He was an exponent of the peasant philosophy, and considered the father of the Indian Peasant Movement after Swami Sahajanand Saraswati. 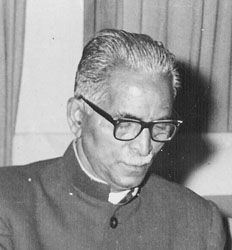 Ranga joined the freedom movement inspired by Gandhi’s clarion call in 1930. He led the ryot agitation in 1933. Three years later, he launched the Kisan Congress party. He held historic discussions with Gandhiji on the demand for a rythu-coolie state. He wrote a book, Bapu Blesses regarding his discussions with Gandhi.

Ranga was one of the founders of the International Federation of Agricultural Producers. He represented India at the Food and Agriculture Organisation (Copenhagen) in 1946, the International Labour Organisation (San Francisco) in 1948, the Commonwealth Parliamentary Conference (Ottawa) in 1952, the International Peasant Union (New York City) in 1954 and the Asian Congress for World Government (Tokyo) in 1955.  He quit the Congress Party and founded the Bharat Krushikar Lok Party and the Swatantra Party, along with Rajaji who was a trenchant critic of the cooperative farming idea.[3] Ranga became the founder-president of the Swatantra Party and held that post for a decade. In the general elections held in 1962, the party won 25 seats and emerged as a strong Opposition. He rejoined the Congress (I) in 1972.  Ranga served the Indian Parliament for six decades from 1930 to 1991.He died on 8 June 1995 4.30 pm in his native place ponnur or nidubrolu? Guntur district. Prime Minister PV Narasimha Rao condoled the death of Prof. Ranga, the Prime Minister said that in the passing away of Prof Ranga, the country has lost an outstanding Parliamentarian and a champion of public causes and rural peasantry. Prof. Ranga served as a Member of Parliament for a record number of 60 years and found a place in the Guinness Book of World Records .The Andhra Pradesh government declared a 3-day state mourning.

Sarojini Naidu (13 February 1879 – 2 March 1949) was a freedom fighter and poet of modern India. She was born in a Bengali family on February 13, 1879 at Hyderabad and was educated in Chennai, London and Cambridge. She married Dr. Govindarajulu Naidu and settled down in Hyderabad. She took part in the National Movement, became a follower of 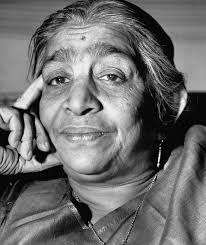 Gandhiji (Mahatma Gandhi) and fought for the attainment of Swaraj. She became the President of Indian National Congress and later she was appointed the Governor of the United Provinces, now Uttar Pradesh. Known as the ‘Nightingale of India’, she was also a noted poet. Her poetry includes children’s poems, nature poems, patriotic poems and poems of love and death.

Naidu joined the Indian national movement in the wake of partition of Bengal in 1905. She came in contact with Gopal Krishna Gokhale, Rabindranath Tagore, Muhammad Ali Jinnah, Annie Besant, C. P. Ramaswami Iyer, Mahatma Gandhi and Jawaharlal Nehru. In 1915–18, she travelled to different regions in India delivering lectures on social welfare, women’s empowerment and nationalism. She also helped to establish the Women’s Indian Association (WIA) in 1917. She was sent to London along with Annie Besant, President of home rule league and Women’s Indian Association, to present the case for the women’s vote to the Joint Select Committee.  I April 1947 she was present at the Asian Relations Conference in Delhi where the Tibetan Government Representative, Sampho Theiji, said, “In a similar way we are very glad to meet representatives from all the Asian countries in this Conference and we wish to express our sincere gratitude to the great Indian leaders, Mahatma Gandhi, Pandit Jawaharlal Nehru and Mrs. Sarojini Naidu, and to all the distinguished representatives who have gathered in this Conference.”

In 1925, Naidu presided over the annual session of Indian National Congress at Cawnpore (now Kanpur)

Potti Sreeramulu (16 March 1901 – 15 December 1952), was an Indian revolutionary. Commenting on Sreeramulu’s dedication and fasting ability, Mohandas Gandhi once said, “If only I have eleven more followers like Sriramulu I will win freedom [from British rule] in a year.” Sreeramulu is revered as Amarajeevi (“Immortal Being”) in the Andhra region for his self-sacrifice for the Andhra cause. He became famous for undertaking a hunger strike in support of the formation of an Indian state for the Telugu-speaking population of Madras Presidency; he lost his life in the process. His death sparked public rioting and Indian Prime Minister Jawaharlal Nehru declared the intent by the newly liberated nation to form Andhra State three days following the death of Sreeramulu. 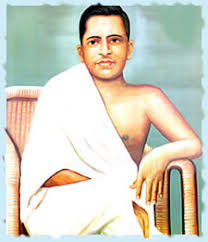 Sreeramulu took part in the Indian Independence Movement and was imprisoned for participating in the 1930 Salt Satyagraha. Between 1941-1942, he participated in the individual satyagraha and the Quit India movement and was imprisoned on three occasions. He was involved in the village reconstruction programmes at Rajkot in Gujarat and Komaravolu in Krishna district, Andhra Pradesh. He joined the Gandhi ashram established by Yerneni Subrahmanyam in Komaravolu.  Between 1943 and 1944, he worked for the widespread adoption of charkha textile-spinning in Nellore district. He was known for taking food provided by all households, regardless of caste or creed. He undertook three fasts, during 1946-1948, in support of Dalit (an oppressed Hindu caste then referred to by Gandhi and his supporters by the contentious, though well-intentioned, term Harijan) rights to enter holy places, such as the temples of Nellore. He fasted in support of Dalit entry rights to the Venu Gopala Swamy Temple in Moolapeta, Nellore, rights which were eventually secured. He again fasted to receive favourable orders, passed by the Madras government, to further uplift the Dalit community.  As a result, the government instructed District Collectors to attend to measures of Dalit upliftment for at least one day per week. During the last stages of his life, Sreeramulu stayed in Nellore and worked for Dalit upliftment, walking the city with slogan placards calling for Dalit upliftment, barefoot and with no umbrella against the sun. Some locals thought him insane, and he was chastised by the upper-castes and his own community for his solidarity with the Dalit cause.

In an effort to protect the interests of the Telugu people in Madras Presidency, and to preserve the culture of Andhra people, he attempted to force the government to listen to public demands for the separation of the Andhra region from the Madras Presidency, based on linguistic lines and with Madras as its capital. He went on a lengthy fast, stopping when Prime Minister Jawaharlal Nehru promised to support creation of Andhra State. Despite this concession, little progress was made on the issue, largely due to the Telugu people’s insistence on retention of Madras as their future capital. The JVP[clarification needed] committee, headed by Jawaharlal Nehru, Vallabhbhai Patel and Pattabhi Sitaramayya, would not accept that proposal.

With the Andhra State still not granted, Sreeramulu resumed his hunger strike, at the Madras house of Maharshi Bulusu Sambamurti on 19 October 1952, despite the entreaties of supporters who stated that retention of Madras was a futile cause. Despite the Andhra Congress committee’s disavowal of the fast, this action captured the public attention.[citation needed]  Despite strikes and demonstrations by the Andhra people, the government made no clear statement regarding the formation of the new state, and Sreeramulu died during the night of 15 December 1952. Only one person before him in modern Indian history, Jatin Das, actually fasted to death; all the others either gave up or were arrested and force fed or hospitalised.

Venugopal Reddy was appointed the twenty-first Governor of the Reserve Bank of India on 6 September 2003 and served in that position for five years.  In 1996, Reddy had been appointed deputy governor of RBI. He has also worked with the International Monetary Fund as Executive Director in 2002. Prior to joining the IAS, he worked as a lecturer from 1961.

Alluri Sitarama Raju was an Indian revolutionary involved in the Indian independence movement. After the passing of the 1882 Madras Forest Act, its restrictions on the free movement of tribal peoples in the forest prevented them from engaging in their traditional podu agricultural system, which involved shifting cultivation. Raju led the Rampa Rebellion of 1922–24, during which a band of tribal leaders and other sympathisers fought against the British Raj, which had passed the law. He was referred to as “Manyam Veerudu” (“Hero of the Jungles”) by the local people. Raju led a protest movement in the border areas of the East Godavari and Visakhapatnam regions of Madras Presidency, in present-day Andhra Pradesh.  Inspired by the patriotic zeal of revolutionaries in Bengal, Raju raided police stations in and around Chintapalle, Rampachodavaram, Dammanapalli, Krishna Devi Peta, Rajavommangi, Addateegala, Narsipatnam and Annavaram. With his followers, he stole guns and ammunition and killed several British army officers, including Scott Coward near Dammanapalli. Raju was eventually trapped by the British in the forests of Chintapalli, then tied to a tree and was executed by gunfire in Kayyuru village. His tomb is in Krishna Devi Peta village.