Administrative Ethics: Ethics and human interface: Essence, Determinants and Consequences of ethic and human actions Ethics is the branch of philosophy that deals with issues of right and wrong in human affairs Ethics refers to well-based standards of right and wrong that prescribe what humans ought to do, usually in terms of duties, principles, specifc virtues, or benefts to society. which can better be stated as:-

Administrative ethics implies applying general moral rules to specific sphere of human relations, that is to say administrative relations. Some of the most important areas of applied ethics today concern the ethics of administration. In spite of the fact that public administration is very old institution, administrative ethics is still undeveloped and it longs for specific moral rules that cover maybe the most important area of human relations – administrative relations.Public administration is a part of our daily life and to a large extent governs it. The administrative apparatus consist of people who are also members of the local community (communities). Citizens and public officials, who have access to power, have to coexist together in one area, one space. The difference between them is that public administration officials have to provide services in aid of community. Because of this work, based on public money and property the possibility of betraying public trust is probable. There is no simplest thing, than spending someone‟s money, even if we do not get direct profits. Ethical behavior and decisions maintaining citizens‟ trust, ensure effective and efficient use of resources, and allow government to preserve individual rights while assisting those who will benefit the most.

Determinents of Ethics and Human Action

Essense of of Ethics and Human Action :-

 Ethical standards for public service should be clear.

 Ethical standards should be reproduced in the legal framework.

 Ethical supervision should be available to public servants.

 Public servants should know their rights and obligations when exposing wrongdoing.

 Political commitment to ethics should reinforce the ethical conduct of public servants.

 The decision -making process should be transparent and open to scrutiny.

 There should be clear guidelines for interaction between the public and private sectors.

 Adequate accountability mechanisms should be in place within the public service.

 Appropriate procedures and sanctions should exist to deal with misconduct.

Consequences of Ethics and Human Action

 The certainty or uncertainty Consequences of an action can be certain or uncertain. E.g. jumping off from a higher building can cause a lot of pain to an individual than jumping onto a giant pillow from the same place.

 The Nearness or remoteness:- During the time of pleasure or pain nearness or remoteness effect follows an action. e.g. Pleasure of eating ice-cream is immediate, whereas the pleasure produced by winning a chess game is little more remote. They take a little longer to show up results.

 The extent of an action This refers to the wide effect of an action. Some actions can have an extent numbering in the millions, such as deciding whether to torture a terrorist for life-saving information.

These are the factors in human behaviour that determine whether it is good or bad. There are three such determinants of ethics, namely the object, the end, and the circumstances. Object means what the free will chooses to do in thought, word, or deed or chooses not to do. By end is meant the purpose for which the act is willed, which may be the act itself (as one of loving God) or some other purpose for which a person acts (as reading to learn). In either case, the end is the motive or the reason why an action is performed. By circumstances are meant all the elements that surround a human action and affect its morality without belonging to its essence. Some circumstances so affect the morals of an action as to change its species. Other circumstances change the extent of kindness or badness of an act. In bad acts they are called aggravating circumstances. To be ethically good, a human act must agree with the norm of morality on all three counts; in its nature, its motive, and its circumstances. Departure from any of these makes the action morally wrong. 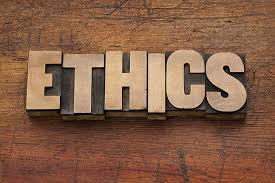 Object of a Human Action

The object of an action is the first part of any action in a morality assessment. The object of any action is its essence.  It is that which makes an action be what it is and not something else. Every action has an object. The object distinguishes the act from every other act. That object can be something good, bad or indifferent—that is, neither good nor bad. Lying and telling the truth are examples of two actions that are distinguished from each other according to moral criteria. The following principles apply to the object of every action.

Circumstances of a Human Action

Some philosophers maintain that circumstances are the sole criterion for judging the morality of a human action. Joseph Fletcher, in particular, reflected this position.10  To a certain extent, subscribers to the teleological theory (interpretivists) may appear to focus more closely on the circumstances of an action, to the extent that they strive to understand or give meaning to a human action. However, interpretivists need not limit their consideration of morality to mere circumstances; they also can, as stated above, consider the nature of the action and its purpose.

The most difficult problem in situation ethics is that it often makes morality subjective and relative. There is nothing to prevent two persons in same circumstances from giving two diametrically opposite meanings to the same action. This implies that an action that is morally good for one person is morally evil for another. Although interpretivists do subscribe to human reason as an interpreter of human actions, the person who focuses on the situation alone cannot be sure of the moralitiy of at least some actions.

The Purpose of a Human Action

The end of a human action is the purpose the person had in mind while doing the act. It is the intention. People can have only one purpose or have a variety of purposes in doing a particular act.11  We can deduce certain principles based on the purpose in mind when performing the act.