Lokayukta investigates cases of corruption, where substantiated, recommend action. He is a great check on corruption, brings about transparency in the system, makes administrative machinery citizen friendly. His functions largely depend upon jurisdiction vested in him and facilities provided for taking cognizance of citizens’ grievances promptly, dexterously and expeditiously through simple, informal mechanism devoid of technicalities. Corruption is internationally recognized a major problem,capable of endangering stability and security of society, threatening social, economic and political development and undermining the values of democracy and morality. 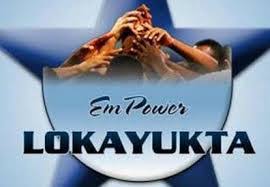 Lokayukta Composition:-
A person to be elected as a Lokayukta should be one, who is or is the Chief Justice or Judge of the High Court. Or, a famous person, who has more than 25 years of expertise in topics related to anti-corruption, public administration, vigilance, finance, law and management. Maximum four members can be selected, of which 50 percent will be judicial members. But 50 percent of the members of Lokayukta will be from SC, ST, OBC, minority and women.

Special Powers of the Lokayukta

Lokayukta will be able to probe against :-

– Chief Minister or former Chief Minister, but it would be necessary to start a full judicial inquiry And consideration and approval to begin investigating at least four members.
– Minister or former minister in the state government
– Member or former member of state assembly.
– Any officer of Group A and B level in public service.
– Any officer or its equivalent officer of Group C and Group D in public service.
– Body Board, Authority, President of Autonomous Body, Member, Employee, Officer
– Any work or conduct of any person can also be examined.

Both Lokpal and Lokayukta are characterised by the following features:

(1) They, in fact, are the institutions of Indian administrative system. Their fundamental duty is to make the public administration of India free from corruption.

(2) These two institutions are impartial. When they are called for performing any duty they will discharge it impartially and simultaneously independently.

(4) It is observed that they should not look forward for any financial or any other benefit.

(5) These two institutions are not subject to executive or administrative interference.

(7) These ranks should be of highest judiciary.

(8) They investigate the charges of corruption secretly.

(9) If Lokpal and Lokayukta want to have any information from any department the latter is bound to furnish such information.

There is a process of appointment. The President will appoint the Lokpal. But before that he will take advice of the Prime Minister and the leader of the Opposition. In other words, after receiving suggestion from the leader of Opposition the PM will suggest the name to the President. This process is quite judicious. The Lokpal can resign his office by addressing a letter to the President. The Lokpal is at par with the Chief Justice of India and he will have a secretariat.

Hence we find that the main area of action or jurisdiction is to free Indian society from corruption and along with it the nepotism and favouritism. But certain matters are excluded from the jurisdiction of Lokpal. For example, if a minister of Central Government has already taken any action or has recommended an action that matter will remain outside the purview of the Lokpal. If the Central Government decides that the issue should not be referred to the judiciary, in that case the Lokpal cannot take up the matter. If the union government already has taken action on an issue, that cannot be investigated by the Lokpal.