Kautilya was the Prime Minister of Chandragupta Maurya. Chandragupta found the Mauryan Empire with his help. Arthashastra was written by him. It is the most important source for writing the history of the Mauryas and is divided into 15 adhikarnas or sections and 180 Prakaranas or subdivi­sions. It has about 6,000 slokas. The book was discovered by Shamasastri in 1909 and ably trans­lated by him.

It is a treatise on statecraft and public administration. Despite the controversy over its date and authorship, its importance lies in the fact that it gives a clear and methodological analysis of economic and political conditions of the Mauryan period.

The similarities between the administrative terms used in the Arthashastra and in the Asokan edicts certainly suggests that the Mauryan rulers were acquainted with this work.As such his Arthashastra provides useful and reliable information regarding the social and political conditions as well as the Mauryan administration.

Kautilya suggests that the king should be an autocrat and he should concentrate all powers into his own hands. He should enjoy unrestricted authority over his realm. But at the same time, he should give honour to the Brahmanas and seek advice from his ministers. Thus the king though autocrat, should exercise his authority wisely.

He should be cultured and wise. He should also be well-read so as to understand all the details of his administration. He says that the chief cause of his fall is that the king is inclined towards evil. He lists six evils that led to a king’s decline. They are haughtiness, lust, anger, greed, vanity and love of pleasures. Kautilya says that the king should live in comfort but he should not indulge in pleasures.

The major ideal of kingship according to Kautilya is that his own well-being lies in the well-being of his people of only the happy subjects ensure the happiness of their sovereign. He also says that the king should be ‘Chakravarti’ or the conqueror of different realms and should win glory by conquering other lands. 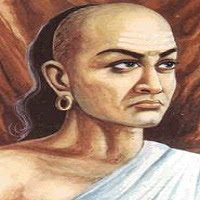 He should protect his people from external dan­gers and ensure internal peace. Kautilya maintained that the soldiers should be imbued with the spirit of a ‘holy war’ before they march to the battlefield. According to him, all is fair in a war waged in the interest of the country.

He should discard their improper advise. The ministers should work together as; a team. They should hold meetings in privacy. He says that the king who cannot keep his secrets cannot last long.

Kautilya tells us that the kingdom was divided into several provinces governed by the members of the royal family. There were some smaller provinces as Saurashtra and Kambhoj etc. administered by other officers called ‘Rashtriyas’. The provinces were divided into districts which were again sub-divided into villages. The chief administrator of the district was called the ‘SthaniK while the village headman was called the ‘Gopa’.

The administration of big cities as well as the capital city of Pataliputra was carried on very efficiently. Pataliputra was divided into four sectors. The officer incharge of each sector was called the ‘Sthanik. He was assisted by junior officers called the ‘Gopas’ who looked after the welfare of 10 to 40 families. The whole city was in the charge of another officer called the ‘Nagrika’. There was a system of regular census.

Kautilya says that the king should maintain a network of spies who should keep him well informed about the minute details and happenings in the country, the provinces, the districts and the towns. The spies should keep watch on other officials. There should be spies to ensure peace in the land. According to Kautilya, women spies are more efficient than men, so they should, in particular, be recruited as spies. Above all the kings should send his agents in neighbouring countries to gather information of political significance.

Another significant information that we gather from Kautilya is about shipping under the Mauryas. Each port was supervised by an officer who kept vigil on ships and ferries. Tolls were levied on traders, passengesand fishermen. Almost all ships and boats were owned by the kings.

Kautilya says that poverty is a major cause of rebellions. Hence there should be no shortage of food and money to buy it, as it creates discontent and destroys the king. Kautilya therefore advises the king to take steps to improve the economic condition of his people. Kautilya says that the chief source of income was the land revenue in villages while the tax on the sale of goods was the chief source in the cities.