Intellectual Property Rights (IPR) are set of rights associated with creations of the human mind. An output of the human mind may be attributed with intellectual property rights. These are like any other property, and the law allows the owner to use the same to economically profit from the intellectual work. Broadly IPR covers laws related to copyrights, patents and trademarks. While laws for these are different in different countries, they follow the international legal instruments. The establishment of the Wold Intellectual Property Organization (WIPO) has established the significance of IPR for the economic growth of nations in the knowledge economy.

In the middle of the 16th century, Queen Mary was faced with a difficult question that was brought to her by none other than most powerful publishing house in England at the time. The Stationers, like any other craft guild in the business of printing and producing books loved a monopoly in the profits of their books and terribly feared competition. Therefore, they went to Queen Mary with the request of a royal charter. This charter would allow them to seize illicit editions of their books and bar the publication of books unlicensed by the crown. The Queen suddenly thought that this could indeed be a more efficient way to squash sedition and dissent through censorship by puppeteering this craft guild than previous, perhaps less subtle means like torture and death. In 1557, she granted them this early form of a copyright.

Notice how the author or the creator of the work has no place in this agreement and the origins of intellectual property in English law are based on privilege, namely power and profit. This rhetoric, however, changes with the coming of the 18th century and the passing of the Act of Anne in 1707 to one of creativity and learning. The concern for the author has a steady positivist rise after this in the tug of war over intellectual property. In the case Miller v Taylor in 1769, the author sought to extend copyright to common law. Three judges ruled in favour of this motion and two judges ruled against.

A closer examination at the reasoning provided by the three assenting judges will tell us almost all the philosophical justifications of intellectual property. The first judge called upon his notion of justice and said it is just that the author control the destiny of his work as it is a product of his labour. The second judge said that extending the copyright would encourage creativity by making the work the creator’s property. The third judge said it is the authors natural right as the work wouldn’t exist if not for the mental labour of the author. Together, justice, incentives and natural rights are the cornerstones of the justifications of intellectual property. 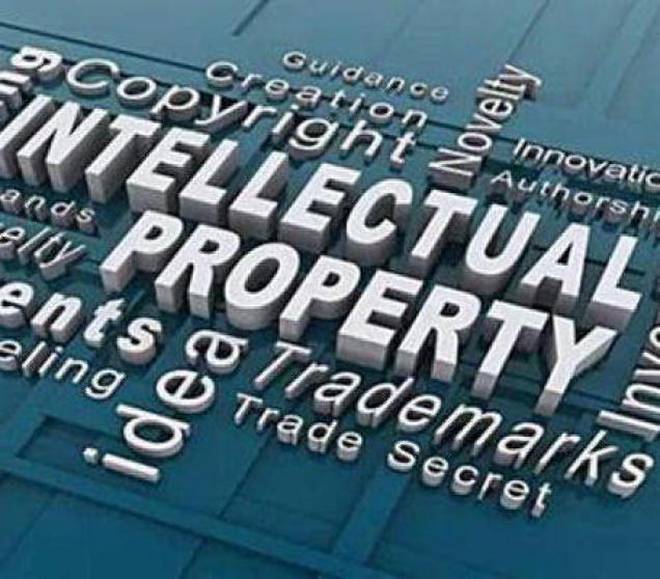 Patents are a set of exclusive rights granted by a sovereign state to an inventor. These rights are granted for a limited period of time, usually about twenty years. The granting of these rights is in return for public disclosure of the invention.

Patents protect inventions. These inventions could be either products or processes. All inventions are required to meet the criteria for patentability. These criteria are the presence of a patentable subject matter, novelty, nonobviousness andutility/industrial application. The criterion of an inventive step is particularly important. Mere discoveries are not patentable, and neither are algorithms.

The Agreement on Trade-Related Aspects of Intellectual Property Rights (TRIPS) is an international legal agreement between all the member nations of the World Trade Organization (WTO). It sets down minimum standards for the regulation by national governments of many forms of intellectual property (IP) as applied to nationals of other WTO member nations. TRIPS was negotiated at the end of the Uruguay Round of the General Agreement on Tariffs and Trade (GATT) in 1994 and is administered by the WTO.

The TRIPS agreement introduced intellectual property law into the international trading system for the first time and remains the most comprehensive international agreement on intellectual property to date. In 2001, developing countries, concerned that developed countries were insisting on an overly narrow reading of TRIPS, initiated a round of talks that resulted in the Doha Declaration. The Doha declaration is a WTO statement that clarifies the scope of TRIPS, stating for example that TRIPS can and should be interpreted in light of the goal “to promote access to medicines for all.”

Specifically, TRIPS requires WTO members to provide copyright rights, covering content producers including performers, producers of sound recordings and broadcasting organizations; geographical indications, including appellations of origin; industrial designs; integrated circuit layout-designs; patents; new plant varieties; trademarks; trade dress; and undisclosed or confidential information. TRIPS also specifies enforcement procedures, remedies, and dispute resolution procedures. Protection and enforcement of all intellectual property rights shall meet the objectives to contribute to the promotion of technological innovation and to the transfer and dissemination of technology, to the mutual advantage of producers and users of technological knowledge and in a manner conducive to social and economic welfare, and to a balance of rights and obligations.

The Agreement on Trade-Related Investment Measures (TRIMs) are rules that apply to the domestic regulations a country applies to foreign investors, often as part of an industrial policy. The agreement, concluded in 1994, was negotiated under the WTO’s predecessor, the General Agreement on Tariffs and Trade (GATT), and came into force in 1995. The agreement was agreed upon by all members of the World Trade Organization. Trade-Related Investment Measures is one of the four principal legal agreements of the WTO trade treaty.  TRIMs are rules that restrict preference of domestic firms and thereby enable international firms to operate more easily within foreign markets. Policies such as local content requirements and trade balancing rules that have traditionally been used to both promote the interests of domestic industries and combat restrictive business practices are now banned.

Until the completion of the Uruguay Round negotiations, which produced a well-rounded Agreement on Trade-Related Investment Measures (hereinafter the “TRIMs Agreement”), the few international agreements providing disciplines for measures restricting foreign investment provided only limited guidance in terms of content and country coverage. The OECD Code on Liberalization of Capital Movements, for example, requires members to liberalize restrictions on direct investment in a range of areas. The OECD Code’s efficacy, however, is limited by the numerous reservations made by each of the members.