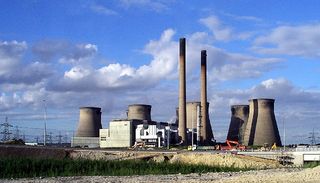 About 50% of freshwater-based coal-powered plants, mostly of state-owned companies, do not comply with 2015 water-consumption norms, even after six years.

These are findings of a recent study conducted by Centre for Science and Environment (CSE).
According to the study “Water Inefficient Power”, even after six years, the water-guzzling coal-powered industry is ignoring the 2015 water-consumption regulations with a high degree of non-compliance.

Counted amongst the most water-intensive industries in the country, the coal power sector is responsible for about 70% of the total freshwater withdrawal by all industries. Indian power plants with cooling towers consume twice as much water as their global counterparts, says the report.

Additionally, all freshwater-based plants are required to install cooling towers and subsequently achieve the norm of 3.5 cubic metres of water per MWh. All sea water-based plants were exempted from meeting the norms.

The deadline to meet the water norms was December 2017, which has long passed. The water norms for coal power plants were introduced in 2015, along with the emission norms. Though the emission-norm timelines for the sector were revised twice by the ministry, once in 2017 and more recently in 2021, the issue of compliance and implementation of water norms has been completely overlooked.

The CSE surveyed over 154 GW of total coal power capacity and found about 50% of the freshwater-based plants to be non-complying. Most of these plants belong to state-owned companies.

The CSE survey has found that old and inefficient once-through cooling water-based plants in India continue to operate without installing cooling towers. These plants are not just flouting the water norms, but also the emission norms, says the survey.

The CSE survey has also found several loopholes in the self-reported data and data formats being followed across states to report specific water consumption.

As per CSE’s recent estimates, about 48% of India’s existing coal power fleet is located in water-scarce districts like Barmer and Baran in Rajasthan.