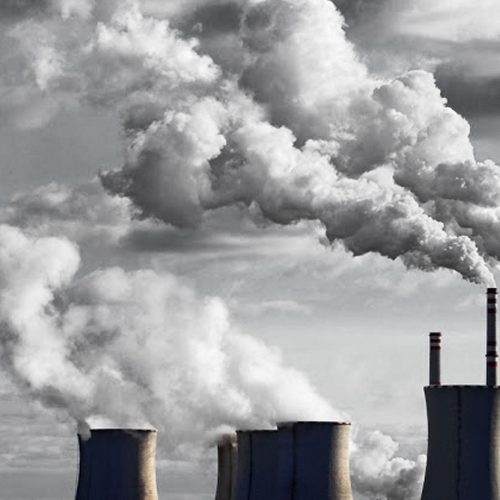 Air pollution is a public health emergency. Besides suspended air particles, Sulphur dioxide (SO2) is a major pollutant contributing to deaths from air pollution worldwide. Power plants burning coal and oil along with refineries are responsible for two-thirds of anthropogenic SO2 emissions.

With about 90 per cent of India’s power generated coming from coal based plants (comprising about 55 per cent of the country’s installed capacity) and dependence on coal power expected to continue at least for a few more decades, SO2 emission from these power plants is an actual concern. Keeping this in focus, the Ministry of Environment, Forest and Climate Change (MoEFCC), Government of India, came out with new environmental norms for reducing emissions from the coal-fired power plants in Dec.2015. The measures, among other pollutants/emissions, also include standards for SO2 emission.

The new norms require that SO2 emission from the coal-fired units installed before 31st Dec 2016 having less than 500 MW capacity is restricted to 600 mg/Nm3.  However, units having 500MW or higher capacity that are installed before 31st Dec 2016, SO2 emission needs to be restricted to 200 mg/Nm3. Further, units installed after 1st Jan 2017, irrespective of their size, will need to restrict SO2 emission to100 mg/Nm3. Originally these norms were required to be complied by all coal-fired units by 31st Dec. 2017. Subsequently, the deadline was extended for implementation in a phased manner by Dec.2022, baring for units located in the NCR region which were required to be made compliant by December 2019.

A comparison of SO2 emission norms adopted by some other major emitters and developed/developing countries in the world would leave very little room for any doubt about the emergent need for similar stipulations and enforcement in India as well.

Compliance with the new norms required 448 operating coal-fired units in the country, to install Flue Gas Desulfurization (FGD) system. 149 of these units fall under Central Sector, 166 under State Sector and the remaining 133 under Private Sector. Considering the deadline for compliance and time required for installing and making the FGD system for each of these units operational, the equipment must have been at least under an advanced stage of supply or erection by now. However, an examination of the current state of affairs in this regard produces a grim picture.

As per the recent CEA status report, the work for installing the FGD system has so far been awarded only for 155 units and 114 out of these 155 units are in the central sector (amounting to 70% of the awarded capacity). The state units and the private sector have not taken up the work at the required pace and in such a scenario the stipulated deadlines for compliance is unlikely to be met. The returns on the investments required to comply with emission standards should be attractive to incentivize power plant owners to implement these norms and all additional operating costs should be reimbursed.

With about 6MT/year emission of SO2 from coal-fired power plants, Indian power plants are already the biggest SO2 emitter in the world, the other major emitters like China and USA having already reduced their SO2 emission either by switching to clean source of energy or by adopting stringent emission standards and strict enforcement of the same.

SO2 is a major public health hazard not only due to direct exposure to it but also due to exposure to the particulate matter (PM2.5) that is formed when SO2 reacts with other air pollutants. Therefore, limiting its emission is of utmost importance for the well-being of our citizens. With the increase in GDP and development, India’s energy needs are bound to increase over the coming decades and despite a strong push for solar energy, coal will continue to be the main source of energy.

Selective compliance by some, where a majority remains non-compliant is going to be immensely counterproductive, without yielding the intended results. Again, any effort to control SO2 emission only selectively at identified hot spots also may not be a good strategy as it will still leave the substantial source of SO2 emission unattended. It may lead to the setting up of new installations at places that are not hot spots currently and may lead to the emergence of new hot spots in future.

While the ideal situation would be to immediately stop non-compliant power plants, irrespective of location or base emission levels, after deadlines are over, running these plants should be resorted to only under severe power shortage situations with heavy penalties and should be used only as last resort.  The penalties recovered should be used to provide incentives to compliant power plants so that their increased cost on account of compliance can be offset.