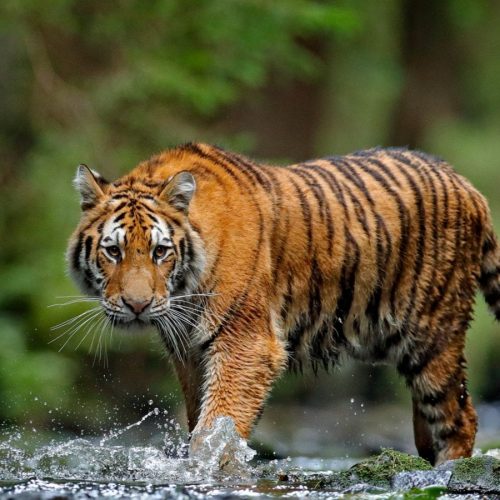 The country has recorded 99 tiger deaths in just the first nine months of 2021, sparking concerns among conservationists that the big cat death toll this year may be the highest in a decade.

According to data from the National Tiger Conservation Authority (NTCA), 99 tiger deaths were recorded due to poaching, accidents and natural reasons until September 30. Of these at least seven deaths were due to poaching, as confirmed by seized animal skin or parts. A total of 45 deaths were outside the boundaries of forest reserves, data revealed.

Madhya Pradesh (MP) — which is home to a number of tiger reserves including Kanha, Bandhavgarh, Pench, Satpura and Panna and has the highest tiger population among all states at 526 — recorded the maximum tiger deaths at 32. This was followed by Maharashtra (20) and Karnataka (15). India has 2,967 tigers, according to the latest population estimation which was carried out in 2018.

Conservationists said the death toll is likely to be the highest in a decade since the figure is already nearing 100 in nine months. “With a growing tiger population, but limited territory available for each, infighting has increased and so has man-animal conflict, resulting in higher deaths,” said a wildlife conservationist who did not wish to be named.

NTCA data also showed that UP has recorded a slight increase in tiger mortality this year as eight tigers have died in the state while the average number of deaths reported annually for the last 10 years was five. Four of the tigers died of unnatural causes — two tigers were poached while another two killed in road accidents inside tiger reserves.

Experts in WWF India,  said growing population of tigers in an area forces the weaker members to seek new territories which can cause them to venture into human habitats if wildlife corridors are blocked due to encroachment. “We must make sure such corridors aren’t blocked. We have trained local community members to act as bagh mitras in UP and they have helped minimise conflict despite over a dozen tigers migrating to cane fields and small forest ranges in Kheri and Pilibhit.