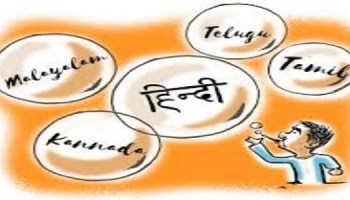 Recently Chief Minister of Tamil Nadu rejected the three-language formula advocated in the National Education Policy (NEP 2020).  The two-language policy in Tamil Nadu was implemented decades ago after a historic agitation against the imposition of Hindi, it still remains non-negotiable for almost the entire political class.  Opposition from the State had forced the Centre to amend the draft NEP in 2019 and withdraw a proposal to teach Hindi as a third language in schools in non-Hindi speaking States.  Yet in the NEP 2020 it was decided to push for the three-language formula, to promote multilingualism and national unity. It has restarted the debate over suitability of three language formulas all over India.

The Kothari Committee’s report observes that learning languages is an important part of a child’s cognitive development. The primary aim is to promote multilingualism and national harmony. Bridging the language gap: At the secondary stage, State governments were to adopt the three-language formula.

Issue of Language and Identity