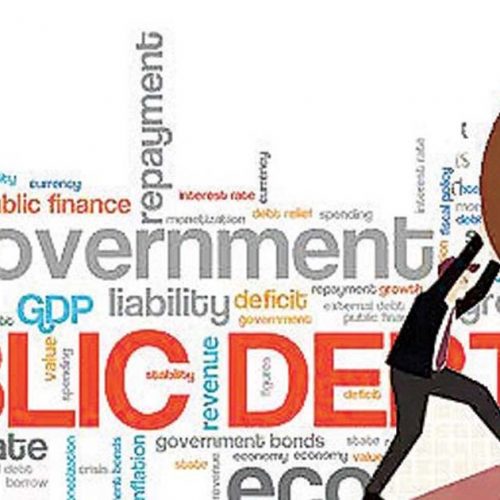 .  In its recent research report, Morgan Stanley forecasted that India will be included in global bond indices in early 2022 and this will result in investment inflow of $170-250 billion into the Indian sovereign bond market during the next decade. Of late, the Indian bond market has been in the news for various reasons. Out of all, sustainability of public debt is one of the critical issues from the point of view of policymakers.

Before Independence, the borrowing needs of Indian princely states were largely met by indigenous bankers and financiers. The concept of borrowing from the public was pioneered by the East India Company to finance the Anglo-French wars during the 18th century.

India’s public debt (combined liabilities of the Central and State governments) to gross domestic product (GDP), at constant prices, increased to a record high of 100.86 per cent in 2020 as against 76.86 per cent in 2014, as per the data from the Reserve Bank of India.

It is well-recognised that excessive public debt leads to higher risk premium in interest rates, which results in reduction of private investment (crowding out effect) as well as contraction of GDP in the long run. Though an increase in public debt will stimulate aggregate demand and output in the short-run, the economic growth will turn negative in the long run if the debt-GDP ratio exceeds 90 per cent (Reinhart, Reinhart, & Rogoff, 2015).