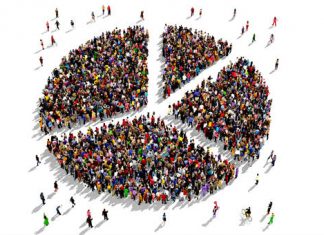 India is a country with one of the youngest populations in the world. About 49.91% of the population is under the age of 18 years. It is the working population, above the age of 18, which constitutes the demographic dividend. In simple terms, demographic dividend is a time period of 20-30 years during which the working population rises due to increases in life expectancy rates. Life expectancy increases due to falling child mortality rate, but this change is visible over a suitable period of time.    Though the proportion of workers in 2004-2005 rose to 43%, compared to 40% in the 1980s, it is now again down to 40%. At the moment, it can be said that the demographic dividend is not being completely realised. Add to this the rising unemployment rate and economic instability, which further drives away the possible India advantage.

But all is not lost, for there is a significant portion of the population waiting to join the working force. 300 million people in India are still under the age of 15 years. So it can be said that the demographic dividend is not lost, but merely been delayed. When these persons eventually become a part of the working force, they would be much better skilled than expected.

What is important that significant attention is paid to the training of population, now constituting the demographic dividend. Companies such as Infosys have their own learning and development centres, which in turn help in providing adequate skills to their employees.