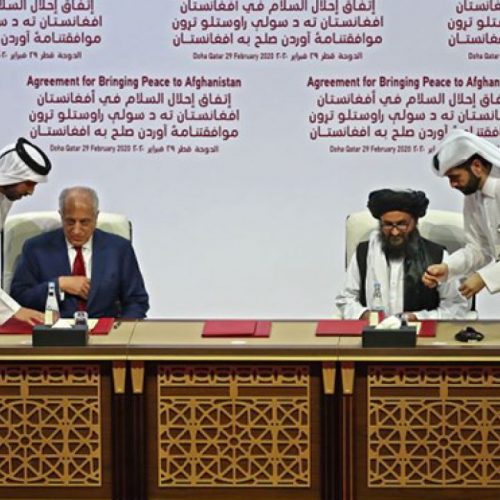 The initiation of intra-Afghan talks was a key element in the U.S.-Taliban peace deal signed in Doha on February 29 between the U.S. Special Representative for Afghanistan Reconciliation, Ambassador Zalmay Khalilzad, and the Taliban deputy leader, Mullah Abdul Ghani Barader. Originally planned to begin on March 10, the process had to overcome many hurdles along the way providing a small glimpse of the difficult road that lies ahead.

Addressing the opening session of the Doha meeting, India’s External Affairs Minister S. Jaishankar reiterated that the peace process must be “Afghan led, Afghan owned and Afghan controlled” but Indian policy has evolved from its earlier hands-off approach to the Taliban. Speaking to Indian media a few months ago on separate occasions, both Ambassador Khalilzad and Russian Special Envoy to Afghanistan Ambassador Zamir Kabulov bluntly pointed out that if India had concerns regarding anti-India activities of terrorist groups, it must engage directly with the Taliban. In other words, if India wanted to be invited to the party, it must be prepared to get up and dance.

A report issued last month by the Heart of Asia Society, a Kabul-based think tank observes that “the prospect for peace in Afghanistan depends on regional consensus to support the peace process as much as it depends on actual progress in the intra-Afghan talks”. India’s vision of a sovereign, united, stable, plural and democratic Afghanistan is one that is shared by a large constituency in Afghanistan, cutting across ethnic and provincial lines. A more active engagement will enable India to work with like-minded forces in the region to ensure that the vacuum created by the U.S. withdrawal does not lead to an unravelling of the gains registered during the last two decades.