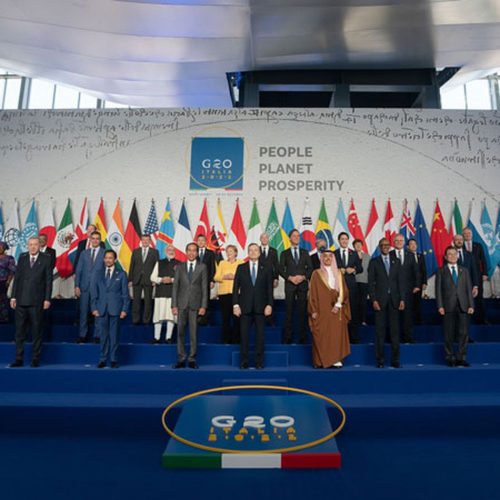 The global minimum corporate tax rate aims to clamp down on tax evasion and prevent what US Treasury Secretary Janet Yellen called a “race to the bottom on corporate taxes”. The G7 proposal contains “two pillars”. Firstly, the world’s most profitable multinationals will be required to pay tax in all countries where they operate – not just where they have their headquarters. Large firms with at least a 10 per cent profit margin would see 20 per cent of any profit above the margin reallocated and then taxed in each country they operate in.

Group of 7 (G7) leaders agreed in early June to set a minimum global corporate tax rate of at least 15 per cent. Years in the making, the deal means global businesses such as Google, Apple and Amazon will pay more tax in the markets they sell goods and services, and prevent multinationals shifting profits to jurisdictions where they pay little or no tax. But before it can be implemented, there are still a number of hurdles to clear, including getting the 139 nations under the aegis of the Organisation for Economic Co-Operation and Development (OECD) on board.

But the proposal is likely to find resistance from tax havens, as well as several European nations. British overseas territories like Bermuda, the British Virgin Islands and the Cayman Islands – which together account for 18.1 per cent of the world’s corporate tax abuse risks, according to the Tax Justice Network – stand to lose most from the reform.