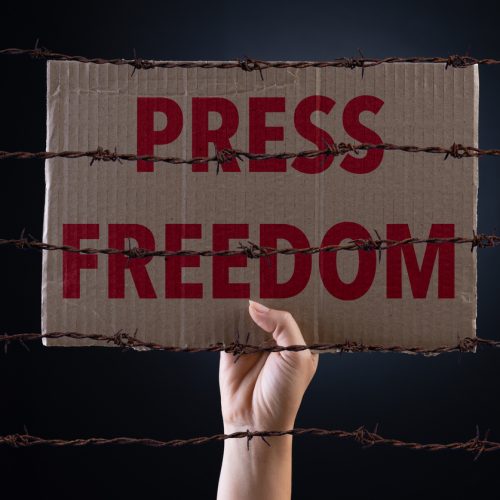 . Recently, the higher judiciary passed an order that pertains to regulation of Media. In one order, Andhra Pradesh High Court imposed a ban on the media, and even social media, from mentioning anything in relation to a case linked to former Advocate General of the State.

In the second case, the Supreme Court passed an interim order which stopped the telecast of the remaining episodes of a news channel, as it was engaged in the vilification of a particular community. Though both the order will have consequences for free speech and the citizen’s right to receive information, they should be seen in different contexts.

It is unusual in the sense that there appears to be no material to justify such censorship other than an allegation by the petitioner that it is a “foisted” case. It is also accompanied by an order staying the investigation itself. It is indeed open to a High Court to grant a stay on investigation in extraordinary cases. When political vendetta is alleged against the government of the day, that too by someone who had served a previous regime as a law officer, the need for media coverage and public scrutiny is all the greater. How the petitioner would benefit from the complete absence of any reportage is unclear. It prevents legitimate comment even to the effect that there is no substance in the allegations.

Injunctions against publication can either be an order to prevent possible defamation or invasion of privacy, or one aimed at protecting the fairness of a trial or investigation. The Supreme Court did hold in Sahara vs. SEBI (2012) that the Court can grant preventive relief on a balancing of the right to free trial and a free press. However, it favoured such temporary restraint on publication “only in cases of real and substantial risk of prejudice” to the administration of justice or a fair trial. Meanwhile, the Supreme Court, on the same day, passed a more important interim order stopping the telecast of the remaining episodes of a series on Sudarshan News on entirely different grounds. Holding that the programme — four episodes were aired — was nothing but vilification of Muslims, the Court found it necessary to interdict the telecast of more episodes. The Court seems to have made a distinction between freedom of expression and propagation of hate.