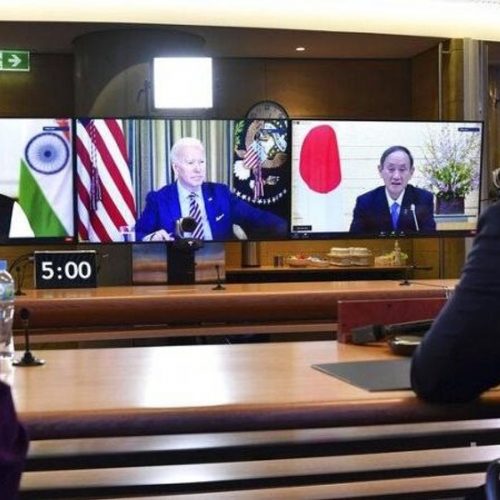 . In a first of its kind, the 12 March 2021 virtual summit-level meeting of Quadrilateral Security Dialogue (the Quad) was joined by President Joe Biden, Prime Minister Narendra Modi, Prime Minister Scott Morrison, and Prime Minister Suga Yoshihide. While a range of issues were discussed, including management of the COVID-19 outbreak, the summit meeting left no ambiguity regarding its position on China’s military assertion and geopolitical intent in the Indo-Pacific. Increasingly, the shifts of global power in the Indo-Pacific have seen it emerge as both the world’s most contested region, and the region most significant for global prosperity in the 21st century. Previously, the informal alliance of maritime democracies had struggled due to differing political and economic links to China. However, the Quad is now emerging as the most stabilising force against China’s economic and military aggression in the Indo-Pacific.

As a security coalition, the Quad emerged when the four maritime democracies – the US, India, Japan, and Australia – conducted a Malabar naval exercise in the Indian Ocean in 2007. However, soon after, Quad was put on the backburner when China protested they had formed the Quad as an anti-China coalition. The bilateral trade dependencies between Quad members and China superseded the benefits of the budding coalition of maritime democracies. As well, at this point, China’s rise was largely perceived as “peaceful,” with China being viewed as a “benign power.”

Over time, these notions were challenged as China began to flex its military muscle and build artificial islands in the South China Sea. Chinese aggression and military assertiveness kept the idea of Quad floating. However, opponents of the Quad and the Chinese government continued to question the Quad’s longevity, given that the nations’ ties with China and their economic precedence could have the potential to stall the four members’ ability to present a united front.