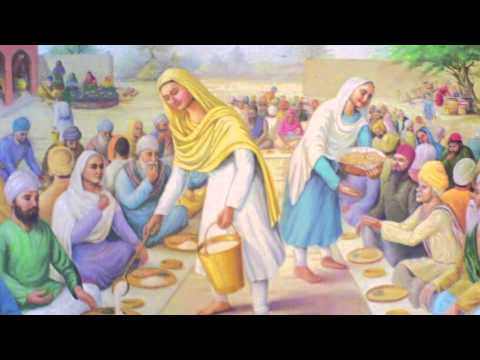 . Singh Sabha is a 19th-century movement within Sikhism that began as a defense against the proselytizing activities of Christians and Hindus. Its chief aims were the revival of the teachings of the Sikh Gurus (spiritual leaders), the production of religious literature in Punjabi, and a campaign against illiteracy.

After the annexation of the Khalsa Raj (the independent Sikh kingdom in the Punjab founded by Ranjit Singh in 1799) by the British in 1849, Christian missionaries increased their activities in central Punjab. Dalip Singh, the last Sikh ruler, converted to Christianity in 1853, and Harnam Singh, a Sikh aristocrat from Kapurthala, followed soon thereafter. Christian missionary activity was thus quickly perceived as a threat to local religious traditions, but it was not the only challenge facing the Sikhs. The lower rung of the British administration in the Punjab included English-speaking Bengalis, who were largely Brahmo Samajis (members of a Hindu reform movement). They actively established their branches in several Punjab cities in the 1860s. Punjabi Muslims concerned with saving their heritage formed the first Anjuman-i-Islamia (an association created to improve religious, educational, and social conditions in the Muslim community) in Lahore in 1869.

In response to these developments, Sikhs initiated the Singh Sabha movement, which sought to revive Sikh doctrine in its pristine purity. The first unit, formed in Amritsar in 1873, was followed by a more radical branch in Lahore that, among other things, stressed that Sikhs were not Hindus. By the end of the 19th century, the number of Singh Sabhas exceeded 100.