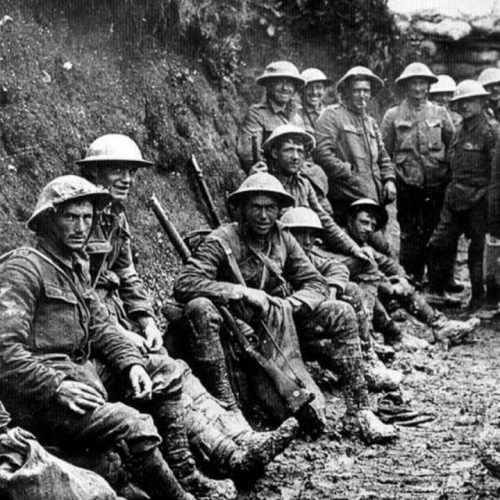 . As the imperial game raged throughout the world, the map of Europe was changing as well. From 1815-1870, in the aftermath of Napoleon’s near domination of Europe, the European power developed a system of military and political balance. The aptly-named balance of power in Europe was a system that aimed to maintain international order and peace by following any increase in strength of one nation-state with an increase in strength of his geographic or political enemy. By upholding this precarious system, the argument continued, no country would be willing to embark on a course of military expansion for fear of reprisal by an equally powerful force. The years 1870 and 1871 marked the consolidation of Italy and Germany, respectively, into viable and strong nation-states in the heart of Europe, changing the structure of the balance of power.

With the creation of Germany in 1871, the old balance of power involving France, a rump Brandenburg-Prussia, Austria-Hungary, and Russia was replaced by a new system. Under the leadership of Chancellor Otto von Bismarck, Germany forged ahead in 1873 by joining the two most conservative powers in Europe–Austria-Hungary and Russia-to form the Three Emperors’ League. The three empires pledged to consult one another on mutual interests in Europe and to remain neutral when any one member state took military action against a non- member, particularly France or the Balkan nations.

This balance of power program is best illustrated in Europe’s relations with the so-called “sick man of Europe”, or the Ottoman Empire. At its height, the Ottomans controlled the Middle East, parts of northern Africa, and territories as far north as Bosnia-Herzegovina. Since the Ottomans held dominion over the Balkans, most of Europe preferred to maintain the Ottoman Empire, no matter how weak, in order to prevent any one European state from imposing its own dominion over the Balkan peninsula. By keeping Constantinople intact, the balance of power in Europe proper could be maintained. However, it was the volatile Balkan Peninsula that threatened the very foundation of the European balance of power.