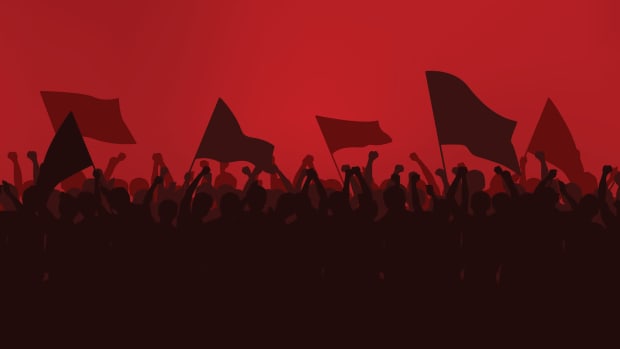 . In the process of Industrialization Russia was just behind other European countries. With the development of industrialization, the Marxian Socialism exercised great influence on Russia. In 1883, Marx’s follower George Plekhanov established the “Russian Social Democratic Party”. In 1898, by developing its relationship with other socialist organization “Russian Social Democratic Labour Party” was formed. On the question of organizational set up and policies that party split in 1903. Two important factions Menshevik (minority faction) and Bolshevik (majority faction) cropped up. The first favoured German socialism (Marxist doctrine).

It advocated the middle class capitalist revolution. It wanted to follow the liberal humanistic ways. In short, the Menshevik faction favoured the establishment of democracy in Russia with the cooperation of other classes in addition to labour class. But the second faction the Bolshevik supported labour revolution. This faction was in favour of creating a party. All the members should work for the cause of revolution under strict discipline. It was strengthened and influence by Vladimir Iiyich Uiyanov was the most influential leader of this faction.

Later on he came to known as Lenin. He was the most prominent thinker of socialist movement. He dedicated himself in the consolidation of Bolshevism. He organized the party as a tool for making the revolution successful. In fact, the Russian socialist Plekhanov and Lenin had vital role in the growth and development of Socialism. They had also valuable contribution in the convention and success of the Second International of the Socialist.