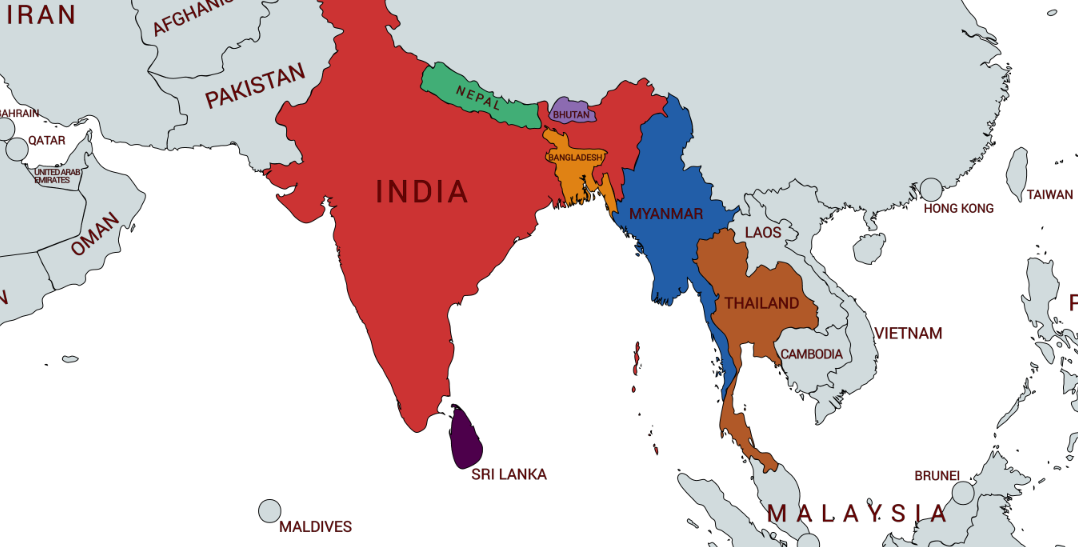 The economic and strategic significance of the Bay of Bengal is growing rapidly with a re-emergence of the idea of the ‘Indo-Pacific’ region.  The recently held fifth summit of the Bay of Bengal Initiative for Multi-Sectoral Technical and Economic Cooperation (BIMSTEC) has advanced the cause of regional cooperation and integration. As the BIMSTEC turns 25 this year, it needs single-minded focus and cooperation among the member countries to make visible progress across sectors such as security, trade, connectivity and innovations.

The BIMSTEC has huge potential as a natural platform for development cooperation in a rapidly changing geopolitical calculus and can leverage its unique position as a pivot in the Indo-Pacific region.

The growing value of BIMSTEC can be attributed to its geographical contiguity, abundant natural and human resources, and rich historical linkages and a cultural heritage for promoting deeper cooperation in the region. The Bay of Bengal region has the potential to become the epicentre of the Indo-Pacific idea, a place where the strategic interests of the major powers of East and South Asia intersect.

BIMSTEC has special significance for India as the Bay of Bengal region is integral to India’s ‘Neighbourhood First’ and ‘Act East’ policies which can accelerate the process of regional integration. The adoption of the Charter at this summit promises to re-energise the 25-year-old grouping at a time of growing global uncertainties. It is expected to help impart a more connected vision to the seven-member organisation.

The summit’s decision for India to lead the ‘security pillar’ out of the seven designated pillars of the revived BIMSTEC, has given India’s regional aspirations a new orientation, away from the stalemated SAARC that has been unable to meet since 2014.