Sexual harassment at the workplace has been one of the central concerns of the women‘s movement in India since the ‘80s. In 1997, the Supreme Court passed a landmark judgment in the Vishakha case laying down guidelines to be followed by establishments in dealing with complaints about sexual harassment. The court stated that these guidelines were to be implemented until legislation is passed to deal with the issue/ Sexual harassment includes such unwelcome sexually determined behaviour (whether directly or by implication) as:

. • The committee should include an NGO/individual familiar with the issue of sexual harassment.

legislation, to ensure that private employers also observe the guidelines. • Names and contact numbers of members of the complaints committee must be prominently displayed.

The protection of children from sexual offenses Act 2012

The Protection of Children from Sexual Offences Act, 2012 (POCSO Act), was enacted to protect children from offences of sexual assault, sexual harassment and pornography and to provide a childfriendly system for the trial of these offences. The Act provides for seven specific sexual offences against children and stipulates child-friendly legal procedures that must be adhered to during investigation and trial. Under the POCSO Act, the term ―child‖ has been defined to mean ―any person below the age of eighteen years‖ . The Act does not recognize sexual autonomy of children in any form. Children can also be held liable for committing sexual offences under the Act. As a result, sexual interactions or intimacies among or with children below the age of 18 years constitute an offence.

The aims and objectives of this Act were:

 To secure a child‘s right to safety, security and protection from sexual abuse.

 To protect children from inducement or coercion to sexual activity

 To prevent exploitative use of children in prostitution and generation of pornographic material.

 To provide a comprehensive legislation to safeguard the interest of a child at every stage – reporting, recording of evidence, investigation and trial of offences. 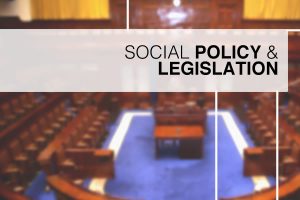 It made the law gender neutral and brought within its purview sexual assault of both girls and boys below the age of 18 years. It also widened the definition of sexual violence beyond the conventional peno-vaginal penetration to include crimes which did not amount to rape under the IPC. It also prescribed stringent punishment and many procedural safety measures to protect the child during investigation and trial.

Constitution of India contains provisions for survival, development and protection of children; these are mainly included in Part III and Part IV of the Constitution, i.e., fundamental rights and directive principles of state policy. India follows pro-active policy towards tackling child labour problem. The concern for children in general and child labour in particular is reflected through the Articles of the Constitution of India.

 Article 23 prohibits traffic in human being and begar and other similar forms of forced labour.

 Article 24 it has laid down that ―no child under the age of 14 years shall be employed to work in any factory or mine or engaged in any other hazardous employment‖.

 Article 39(e) and (f) requires the State and secure that the tender age of children are not abused and to ensure that they are not forced by economic necessity to enter avocations unsuited in their age or strength. Those children are given opportunities and facilities to develop in a healthy manner and conditions of freedom and dignity and that childhood and youth are protected against exploitation and against moral and material abandonment.

 Article 45 provides, for free and compulsory education for all children until they complete the age of 14 years.

 Article 51A(k) makes it a fundamental duty of the parent or Guardian to provide opportunities for education to the child or ward between the age of 6 and 14 years.

 Art. 21-A recognizes that the Right to Education as fundamental right and it mandates that, the state shall provide free and compulsory education to all children of age of six to fourteen years in such manner as the state may, by law, determine.

Several of legislations were enacted since 1881 for progressively extending legal protection to the working children. Provisions relating to child labour under various legislations have concentrated mainly on aspects such as minimizing working hours, increasing minimum age and prohibition of employment of children in occupation and processes detrimental to the health and welfare of children of tender age.

Main Provisions of the Bill are:-

(1) Ban the employment of children, i.e. those who have not completed their fourteenth year in specified occupations and processes;

(2) Lay down a procedure to decide modifications to the schedule of banned occupations or processes;

(3) Regulate the conditions of work of children engaged in forms of employment in which they are permitted to work;

(5) Establish uniformity in the definition of child in laws concerning them.

The Constitution of India does not define the word ‘Minority’ and only refers to ‘Minorities’ and speaks of those ‘based on religion or language’. Various schemes/programs for minorities are:-