the district has been declared from open defalcation.

and Central government has developed a platform for the effective

destination award Mehrangarh fort was awarded as the best historical

ÿ its launched in Kukas Jaipur

ÿ It featured the participation of 181 aircraft, 103 of them fighter planes.

ÿ It also included a display of the firepower of Tejas LCA for the first time.

ÿ The firing of Akash missile.

ÿ other bone bank is in Surat

ÿ first MSME technology centre in Bhiwadi, some 70 km from the national

ÿ The centre will impart training in auto and general engineering. This includes

ÿ The state government expects to train 7,900 students per years.

20 hectares of land will be included in the wetland.Udaisagar Lake, one of the

five prominent lakes of Udaipur, is situated around 13 km in the east of

ÿ This lake was built by Maharana Udai Singh in 1565.

ÿ Ajmer, the city rich in heritage and culture in Rajasthan has been selected

under the Government of India’s flagship programme – the Smart Cities

ÿ becomes second City after bikaner to be free from open defecation.

ÿ Dr Digamber singh is the head of 20 point program of Rajasthan.

NH-8 to be developed as a 6 lane highway.

Gangala Panchayat Barmer :- first in state to get ISO certification for quality and

ÿ Organised by the tourism department of the state, the desert festival

showcased various events and activities for Indian and international tourists.

They enjoyed camel rides, visited the beautiful havelis and forts of the city,

tug of war. A procession of decked up camels and horses from the famous

highlights of the festival.

ÿ Among the dignitaries present on the occasion were Dr. Abdullah Abdullah,

crops are not allowed in the state and would not be permitted in the future.

Paani” (farmers and water) to improve the agricultural economy of the state.

irrigation as it causes silting due to gypsum soil in the area.

its overall sanitation coverage to 100 per cent in just two years.

panchayats in Rajasthan. Of the 219 gram panchayats, 180 are now open

defecation-free. All this was achieved in just two years under a special

sanitation programme ‘Banko Bikano’ (brave and beautiful) supported by the

Programme of the World Bank.

2016’ has started between India and France in Jodhpur, Rajasthan. This is

the 3rd edition in the series of bilateral exercises under this banner.

and planning of joint operations under the United Nations (UN) mandate.

terrorists in rural and urban environment.

ÿ Through the exercise, the capabilities of the Army in a Tri-Service

environment are being practiced and validated on a capability based

approach, while relying on the adoption of new age technologies, transformed

ÿ to be converted  into a site of national importance,

take all possible steps to set up a national museum at the historical site.

ÿ Airport in the industrial area

Cooperation (FIPIC) in Jaipur on August 21, with all 14 countries of the region

Fiji proposed holding of the second summit in India.

– of the 14 nation,three would be represented by their respective presidents,

one by its vice president, seven island nations are sending their prime

ministers, one its deputy prime minister and two are sending a senior minister

Papua New Guinea – although small, also have a vote each in international

– Skill university is to be established in jaipur.

– university act to be developed by Rajasthan technical University kota

– The Udaipur Solar Observatory (USO), one of the six GONG (Global

Oscillations Network Group) sites in the world, has now the country’s largest

telescope to observe the sun.

– After China, Udaipur is second in the world to have the unique multi-

application solar telescope (MAST) for the detailed study of the solar

– The Singapore Government has offered a package of 2.47 million

Centre of Excellence in Udaipur

– Around 480 students will graduate from this Centre every year in six sectors.

– Pushkar will be developed as temple town on the lines of Tirupati Balaji.

– The sun city will be developed as a solar city.

– July 1, 2015 the Digital India Project via video conference in two

village panchayats of the district

– Ajmer in Rajasthan has been selected as one of the y cities in india .

servants employed in different cities in the country. HRA is also used by the

classified as X, Y and Z, on the basis of their population, as recommended by

the Sixth Central Pay Commission in 2008.

– Jaipur listed of top 15 destinations with the best hotels for wellness.

– Three Indian cities- Jaipur, New Delhi and Mumbai, have been featured in the

Minister’s office. Caterpillar will set up a Centre of Excellence in Jhalawar

at Cairn Centre of Excellence at Jodhpur.

way under the guidance of such big companies.

were successfully conducted at Pokhran JAISALMER .

Rajasthan has become the new leader in solar energy in India.

– Rajasthan has become the new leader in solar energy, with an installed

capacity of 1,167 megawatts as compared to Gujarat’s 1000 megawatts.

– The refinery, set up at Pathmera Gaushala, will prepare cow-urine extract for

use in the formulation of various products.

of the more significant global discoveries.

Rajasthan and is the largest inland salt lake of India.

100 kms. It is also a designated Ramsar Site i.e.it is a wetland area of

– investment of about Rs. 2500 crores will be made for setting up steel plant in

– are declared protected and to be declared lake area

– The potash reserves are also foundin Saltpetre and Glauconite deposits

in Rajasthan and Gujarat states.

– Sajjangarh Biological Park is a zoological garden located in Udaipur,

and Biodiversity Project, with financial assistance of Japan International Co-

– park was inaugurated on 12 April 2015 by Prakash Javdekar.

– First state in implementing 20 point programm, 2006 of Ministry of Statistics

– Mankind Pharma is planning to up a plant at Udaipur in Rajasthan.

Investment Zone in Neemrana in Alwar district of the state.

– In the first zone, more than 45 Japanese companies, including Daikin, Nissin

Brake, Mytex Polymer and Nippon Pipe, among others have invested Rs

Investment Corporation (RIICO) has earmarked 1,167 acres of land at

Neemrana for the Japanese zone.

– it was a part of Cold Doctrine

– 16 men and 16 women Participating in Tournament.

– first time this type of Tournament held at gulabi nagar.

– inauguration of the newly constructed Aranya Bhawan at Jhalana by Smt.

in Jaipur, was one of the first projects selected for the BEEP Integrated

Design Charrette and the charrette.

– The company plans to invest Rs.500 crore in the project initially.

– Micromax planning to set their manufacturing plant at bhiwandi in rajasthan.

Rajasthan. Construction has started at the 253 acres (102 ha) of land in the

also boost the local infrastructure. A pilot project is likely to come up in

– district of Tonk, in the State of Rajasthan.

– won the national award for effective initiative and excellence in MGNREGA

– The Ministry of Urban Development, Government of India, launched the

INR 500 Crores, the Scheme is being implemented in 12 identified Cities

– To be developed as smart city

– was declared during Obama visit along with vishakhapatnam and ahemdabad

– various provisions for smart city are:-

– to be launched in 10 districts in first phase.

– In rajasthan it will be launched in

– Nagore, alwar, sriganganagar and bikaner have 282 hectare under ovive

– other is at National dairy Institute Karnal(Haryana)

– to be developed with coperation from Singapore’s Institute of technological

– it was done during inauguration of 4th plant for heromotocop by CM.

– India will be second country after USA to use this technology.

– earlier it was proposed in jaipur, but due to shortage of water there it was

– all 25,000 shops will be converted to miny super market and will provide

bradnded products at rate 10% less than the printed rate.

– central and state government have agreement to open 5 new medical

central govt and 30 % from state govt. 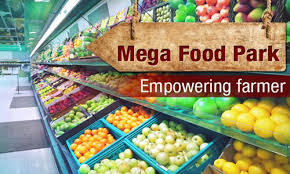 centre of excelence for cultivation of:-

Jodhpur and jaipur:- have highest pollution in Rajasthan.

– BMB has 15 branches throughout the country. and provide loans for industrial

and self employment for women.

– Rajasthan will have 4 highways in east west corridor, with 4000 crore cost and

– In it 10 metre wide road will be created on build operate and tranfer principle.

– In Rajasthan, Mount Abu, Udaipur, Chittorgarh and Kota are identified

– such centres will also be opened in Bangalore and pune.

– 3rd Developement authority (vikas pradhikaran) of the state, after jaipur and

– Ajmer region will include- Ajmer nagar nigam, kishangarh, and pushkar

– to be developed as industrial regions under mumbai dellhi Industrial Corridor.

– it will include haryana,rajasthan,mp,gujrat and maharastra

– each city will get 2500-3000 crore for infrastructural developement.

– three airports will be developed:-