The major causes of the environmental degradation are modern urbanization, industrialization, over-population growth, deforestation etc. Environmental pollution refers to the degradation of quality and quantity of natural resources.

Mahatma Gandhi’s principle of “enoughness” in his saying “the earth provides enough to satisfy every persons need but not for every person’s greed” According to World Commission on Environment and Development, Our Common Future (1987) , Sustainable development is development that meets the needs of the present without compromising the ability of future generations to meet their own needs.

It contains within it two key concepts:

Environmental influences are important both at the prenatal and postnatal stages of human development. At the prenatal stage, when a fetus is in the mother’s womb,  internal or external harmful agents, such as certain legal or illegal drugs, alcohol, lead and pollutants can harm the unborn baby’s development. The mother’s nutrition, diseases and emotional stress can also affect the development of the fetus. 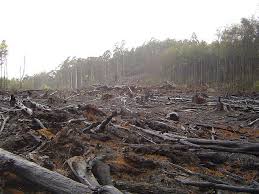