A city-based organisation is conducting an exhibition to spread awareness on alternative uses for broken plastic objects later this month. The event will promote ideas to repair and reuse plastic rather than generating more waste.

For the collection campaign, citizens will be given a cloth bag (for one kg plastic) or jute bag (for three kg plastic), the latter being supplied by APPCB. Citizens can place waste plastic in the bags and hand them over to IYFS volunteers. Commercial organisations that generate bulk plastic waste can also hand over the waste under extended producer responsibility (EPR), said Reddy.

●       India stands as fifth worst country in terms of biometric use 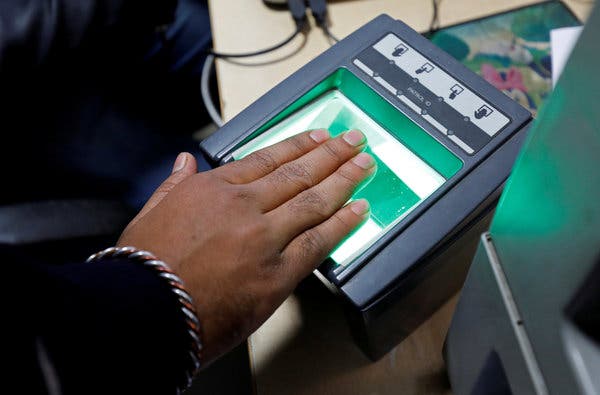 The Britain-based tech research firm Comparitech reported that India is the fifth worst country in terms of extensive and invasive use of biometric data. Before India stands China, Malaysia, Pakistan, and the US. India shared the fifth position along with Taiwan, Indonesia, and the Philippines.

The researchers analyzed 50 countries to find out where biometrics are being taken, the reason for the collection of the biometric data, and the process of the data storage.

The countries were marked out of 25.
A high score secured by a country shows an extensive and invasive use of biometrics and surveillance.

A low score shows better restrictions and regulations regarding biometric use and surveillance.

Oxford Dictionaries has named climate emergency as the 2019 Word of the Year. The word was chosen from an all-environmental shortlist that also included climate action, climate denial,eco-anxiety, extinction and flight shame.

The Word of the Year citation highlights a word or expression that is shown through usage evidence to reflect the ethos, mood, or preoccupations of the passing year.

The word will have lasting potential as a term of cultural significance. The words that were chosen recently include toxic, youthquake, post-truth and vape.

Armed Forces Flag Day was observed across the country on 7th of December.

The day honours the martyrs and Armed Forces personnel, who safeguard the motherland.

The day is dedicated towards the collection of funds from people for the welfare of the Armed Forces personnel.

The fund collected on this day is also used for the welfare of the serving personnel and ex-servicemen.

Exercise INDRA 2019, a joint tri-services exercise between India and Russia, will be conducted from December 10-19, simultaneously at Babina (near Jhansi), Pune and Goa.

The INDRA series of exercise began in 2003 and the first joint tri-services exercise was conducted in 2017.

The exercise will consist of a five day training phase consisting of a comprehensive training curriculum.

The contingents of both the countries will share expertise and their professional experience.

The new NEFT transfer system will be available on all days of the year, including holidays.

RBI has set the NEFT transactions in hourly batches.

On the first and third Saturdays, the settlement will be allowed from 8 am to 1 pm.

●       RBI released Guidelines for on tap Licensing of SFBs

Reserve Bank of India (RBI) released Guidelines for ‘on tap’ Licensing of Small Finance Banks (SFBs) in the Private Sector after making few changes. The previous guidelines were released on 27 November 2014.

Major changes from the earlier Guidelines on Small Finance Banks are:

The new guidelines stated that the minimum paid-up voting equity capital or net worth requirement should be Rs.200 crore

As per the new guidelines, licensing window will be open on-tap

For Primary (Urban) Co-operative Banks (UCBs), which want to transit into Small Finance Banks (SFBs), the initial requirement shall be Rs.100 crore. It should be increased to Rs.200 crore within five years from the date of commencement of business.

Upon the commencement of operations, the SFBs will be given scheduled bank status immediately and will have general permission to open banking outlets.

Payments Banks can be transit into SFB after five years of operations if they are otherwise eligible as per these guidelines.